The fourth title in the popular Sons of Iberia series set during the 2nd Punic war fought between Carthage and Rome.
Estimated page length: 285 pages. 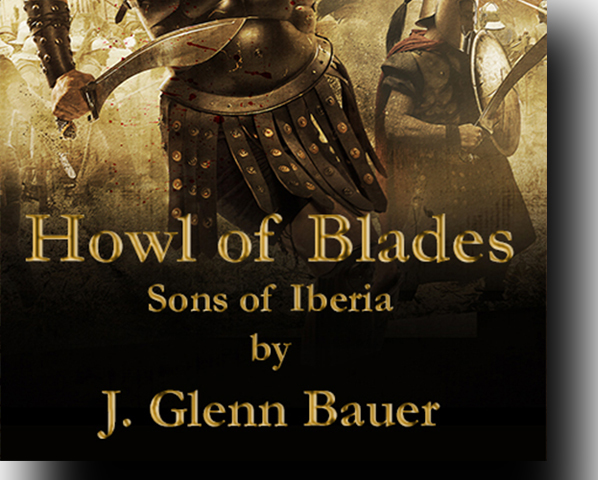 “The four book series is brilliant reading and I read all four books in two days. The story flows seamlessly from book to book. Well worth reading cannot wait for the next one.”

Amazon customer
"Fast paced and bloody. The interplay of the characters and the heat of battle combine to grant the reader a truly visceral ride through a fascinating period of history."

On a fog-shrouded morning beside a lake in Italia, fifty thousand warriors strain their ears to hear the first tread of Roman boots. Soon the silence of the new day will be shattered by screams and awash in blood. The Battle of Lake Trasimene will have started. Carthage and Rome are at war and the bloodshed has begun.

In Iberia, Barca rule becomes ruthless. A Bastetani village is pillaged. Its people put to the sword. Caros and his companions fight back, but when he is accused of the killings, a price is put on his head.

Meanwhile, in Italia, Hannibal has defeated a Roman army and has his sights set on Rome. First, a hated Roman consul and his legions must be fought.

Ride with Caros across Iberia, as he fights mercenaries and allies with Gauls. Voyage with him to Italia and stand with him in battle as the armies of Hannibal and Flaminius fight to the death.