The third title in the popular Sons of Iberia series set during the 2nd Punic war fought between Carthage and Rome.
Estimated page length: 370 pages. 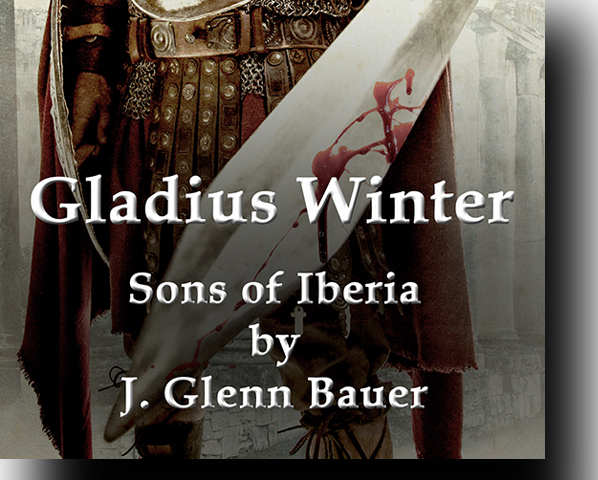 "A great read for historical enthusiasts and the more prosaic, bloodthirsty reader out there. With descriptions so vivid, it leaves the impression of "coming up for air" every time you look up from the page."
Amazon review
"Found it was hard to put down once started as with the previous books in the series hope there are more books to follow."
Amazon review
"Having read the first 2 books in the series I couldn't wait for the release of the 3rd book. It didn't disappoint. Graphical and didn't feel like a 'historical novel."
Amazon review

In the winter of 218 BC, even as Hannibal stormed the Alps to invade the Italian peninsula, a Roman fleet landed 20,000 legionaries in the far north of Iberia. Opposing them were the warrior tribes of Iberia, united under the Barcas of Carthage and a young Iberian hero.

Before Caros returns home from the army of Hannibal Barca, the Carthaginian general entrusts him with a vital order for his commanders in Iberia.
Evading and fighting Romans across a wild and untamed land, Caros learns just how deadly Rome’s legionaries are. He arrives home to discover that the Romans have already arrived.

As powerful chieftains in Iberia clamor to attack the Romans, Caros works to restrain them and the Carthaginians until Hasdrubal Barca can arrive with more warriors. He uses the time gained to prepare his warriors to face the Romans, knowing that failure may well result in a battle that loses the entire war...

Gladius Winter is a non-stop whirlwind of adventure, adversity and brutal battle. Perfect for fans of historical fiction who enjoy tales of the ancient past. A time when warriors lived and died by the sword and heroes were men and women raised up by their deeds and honor.